‘The Market is on Fire’: August Bidding Wars Spike over 5x from 2019

More than half of U.S. homes on the market faced bidding wars in August, reaching that level for the fourth straight month, according to Redfin.

With extremely tight housing inventory contributing to a spike in buyer demand, 54.5% of properties underwent bidding wars in August, with some metro areas peaking above 65%. That share decreased from July’s revised rate of 57.3%, but surged above the year-ago rate fivefold. 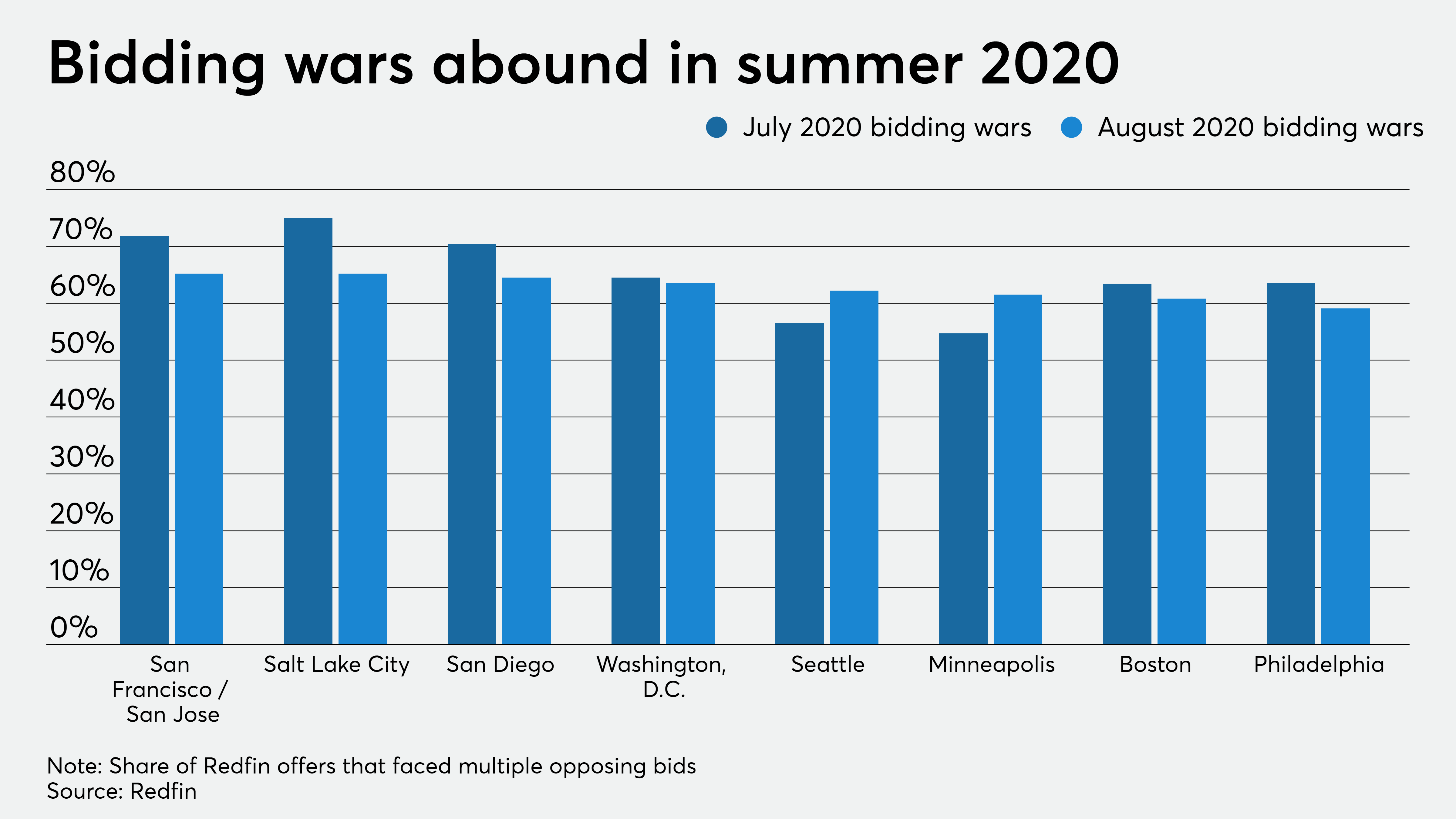 Housing markets along the West Coast saw some of the most intense competition in the country. Bidding wars took place on 65.2% of for-sale homes in both the San Francisco-San Jose area and Salt Lake City. Followed by shares of 64.5% in San Diego, 63.5% in Washington, D.C., and 62.2% in Seattle.

“The market is on fire. There just isn’t enough on the market to supply the huge demand for homes,” Lisa Padilla, a Redfin agent in San Diego, said in a press release. “A lot of military buyers are trying to take advantage of the low interest rates for VA loans. Anything on sale for less than $600,000 has multiple offers, and sometimes they’re getting more than 20 offers.”

While more home shoppers — especially millennials, now the largest demographic of buyers — flood the market to lock in plummeting mortgage rates, that increased affordability has been offset by rising prices. With the supply crunch, home shoppers look inland to find a house within their budgets.

“The pandemic-driven trend of people moving away from densely packed cities toward more affordable and spacious regions means homes in places like Sacramento and Phoenix are becoming nearly as competitive as the Bay Area,” said Redfin Chief Economist Daryl Fairweather. “Low mortgage rates are motivating homebuyers who are thinking of moving to go through with it. I expect competition to continue picking up in more affordable parts of the country.”